GRAHAM, NC—Capstone Apartment Partners announces the $62.5 million sale of Watercourse and Waterside: two recently built, Class A garden-style apartment communities in Graham, North Carolina. Developed in two phases, the adjacent properties boast market-leading amenity packages and proximity to both I-40 and I-85.

Capstone sold the properties on behalf of the North Carolina based co-Developers, Eco Watercourse LLC and Eco Waterside LLC. The Eco Group is a collaboration between Montgomery Carolina of Durham, NC and Lee-Moore Capital Company of Sanford, NC. Eco Group partnered with 10 Federal of Raleigh, NC to bring Watercourse and Waterside to market. Capstone procured the buyer, Southwood Realty, who is based in Gastonia, NC.

“It is clear now that there is a strong market for Class A multi-family in Graham, NC. The Eco Group brought this product to an emerging market when we started construction in 2014. It has been a pleasure to see these two projects so well received by the town of Graham and the broader Carolina corridor to support the tremendous economic development and job creation success. The Eco Group and 10 Federal have been pleased with the efforts of Capstone Apartment Partners in bringing us such a successful exit,” said Kirk J. Bradley, Eco Watercourse and Waterside LLC Manager.

“We continue to see incredible investment in multi-family properties throughout the Carolinas thanks to the explosive employment and economic growth in the surrounding markets. As the primary markets in the Carolinas have seen a surge in pricing, we have seen a heightened interest in tertiary markets to chase yield. Eco Group and 10 Federal built and effectively managed two best-in-class assets with fundamentally sound and attractive floorplans. This played a role in our Capstone team generating an above market average number of competitive offers from a buyer pool that was across the spectrum,” said Brian Ford, Managing Partner at Capstone. 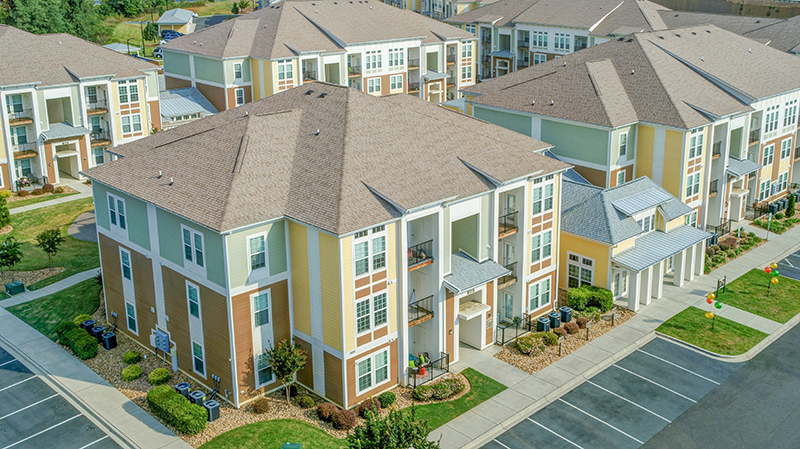